Chaka: Los Angeles Was His Canvas 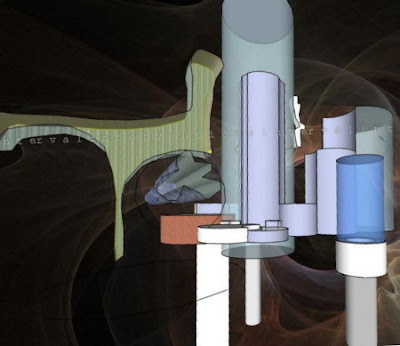 About a year ago, the Los Angeles Times ran a story titled: "Chaka, from graffiti to gallery." Chaka got what he wanted: everybody's attention: especially from commuters, the police, and news organizations. Defacing city property was his ticket to fame; and based on the paper's photo archive from the 1990's, his name was everywhere in the city, on elevator doors, freeway signs, everywhere. He was, therefore, prolific as a tagger; this means he wrote and tagged property very fast, like he had a schedule, on a deadline. He was working for quantity, on as many surfaces he could put his name on. Thus, not getting caught was part of the art, quick escape from being spotted by authorities was a must. But of course, he was caught a number of times, according to the article.

You can just imagine the kind of discipline he had, working the city, giving it the best his hands could muster; no doubt he nurtured reflections his work  was a form of  valuable and unique urban art, because his pieces - really just his name - were created on-the-fly or, in some circles, as drive-by-art. He was chasing 15-Minutes of fame, but he certainly wanted more. In many ways, the city was his gallery, in the 1990s, and  that means he  already had his one-man show back then. Whatever work he  had shown in that gallery the article had reported could not have been the Chaka of the 1990s, but the Chaka who had left that decade, had been through the grind of the legal system, rehabilitation programs, and endless nostalgia about what was  or could have been.  Hopefully, he has re-channeled his artistic energies to engage in work that does not deface properties, including his own - his own reputation, that is - in the context of the legal system, so he won't go back to prison again.
Posted On: 4/03/2010 11:53:00 PM No comments: Links to this post